The Atlas Scientific Micro-pH Probe was designed for microfluidics and other small applications. Because the probe is so small, it had to be built as a half cell pH probe. A ½ cell probe works just like a normal pH probe, but it consists of two separate pieces, the working electrode and the reference electrode. The supplied connector board merges the two halves into one, just like a normal pH probe.

There are no reviews yet.

Be the first to review “Micro pH Probe” Cancel reply 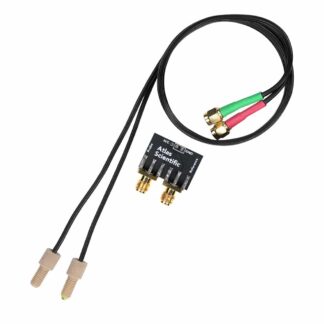 NEW!
You're viewing: Micro pH Probe $ 213.25
Add to cart
This website uses cookies. By continuing to browse the site, you are agreeing to our use of cookies